Dr Orji Uzor Kalu was born in April 21, 1960 to the family of Mr. Johnson Uzor Nsiegbe Kalu and Mrs Eunice Kalu. He is the chairman of SLOK Holding and the Daily Sun and New Telegraph newspapers in Nigeria, who served as the governorof Abia State, Nigeria from May 29, 1999, to May 29, 2007. Prior to his election, he served as the chairman of the Borno Water Board and the chairman of the Cooperative and Commerce Bank Limited. Kalu was also a member of the Peoples Democratic Party (PDP), Progressive Peoples Alliance (PPA) and the chairman of the PPA Board of Trustees. He was the party’s presidential candidate in the April 2007 general election. He is currently a member of the ruling party after he officially announced his resignation as a PPA BOT. Distinguished Senator Orji Uzor Kalu of the 9th Assembly is the Chief Whip of the Senate of the Federal Republic of Nigeria 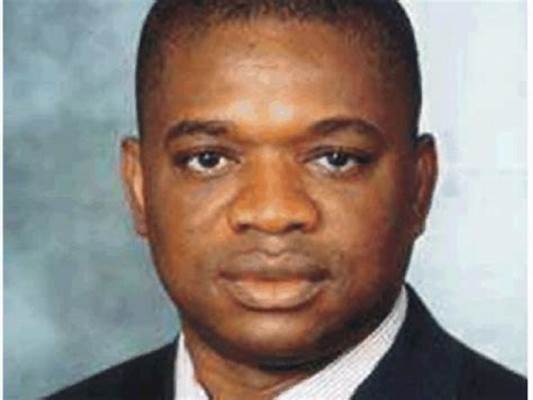 Kalu attended Christ the King School Aba and Government College Umuahia. After studying at Barewa College, Zaria, he enrolled in the University of Maiduguri where he studied political science. During his time at the university, Kalu became a student activist, and participated in the “Ali Must Go”  riots against the education minister.  His participation resulted in his suspension. While his fellow students later took the school authorities to court, Kalu left school to build his own business.

With only $35 to his name that he had borrowed from his mother, Kalu began trading palm oil, first buying the oil from Nigeria’s eastern regions and then selling it in the country’s northern regions.  He then began buying and reselling furniture on a large scale.

In the course of trading on palm oil, Kalu discovered that quality furniture was a thing of luxury in the north and was imported from abroad. Sensing an opportunity, he began sourcing for quality furniture in the east (Aba to be precise) and reselling them in Maiduguri. Before long, breakthrough came and he abandoned oil palm trading; focusing instead on furniture trading.

As business progressed, Orji Uzor Kalu ventured into the manufacturing of the same furniture he was trading on. Within that same period of time, Kalu was granted pardon and the suspension was lifted by the school authority. But Kalu rejected the amnesty on grounds that not all the student activists were granted pardon. Orji Uzor was quoted as saying:

“All of us in the students’ union leadership collectively agreed to embark on the demonstration against the university authorities. When the crises went out of control, the university senate decided to rusticate all of us. Some students went to court to contest the rustication, but I preferred to start trading while waiting for general reprieve for everybody. But in a classical divide-and-rule tactics, the authorities decided to pardon some of us who didn’t go to court and left out some of the others. This was unacceptable to me because it smacked of betrayal of the colleagues in the students’ leadership if I accepted the offer. So, I rejected the pardon on principle.”

This situation alone proved that Orji Uzor possessed the true spirit of leadership and from this humble beginning; he expanded his business and became a conglomerate. His company, Slok Group comprise of:

Kalu became the youngest Nigerian to receive the National Merit Award from President Ibrahim Babangida, at the age of 26 in 1986. He was selected as the Nigerian Chamber of Commerce’s Industrialist of the Year, and awarded the Humanitarian Award of the University of Nigeria, Nsukka’s Humanitarian Club, the Volunteer Award of the International Association of Volunteers, the National Merit Award, the EU Special Award in Brussels, and the World Bank Leon Sullivan Award.

Kalu has a degree from Abia State University, a Certificate in Business Administration from Harvard University and honorary doctorates from the universities of Maiduguri and Abia State